Former Big Brother Naija housemate Ka3na Jones on Tuesday said that she is legally single but the father of her child who she simply calls Mr Jones remains her better half, Igbere TV reports.

The reality star said this on Tuesday while clearing the air on her previous statement about being Miss Ka3na and “not searching”.

“Yes I’m legally Single! Not like anyone gives AF! Making this public for my sanity and freedom only. Mr Jones remain my better half and father to our lovely daughter. If you still don’t gerit forget aborrit,” she wrote.

The 28-year-old threw fans into a state of confusion after addressing herself as ‘Miss’.

The came after she celebrated her sixth wedding anniversary with Mr Jones.

Related Topics:featured
Up Next

Tobi Bakre Steps Out With His Son, Abdulmalik Oluwatobi for First Time (Photos)

BBNaija’s Princess to Men: If You Need Success, Increase Your Number of Women 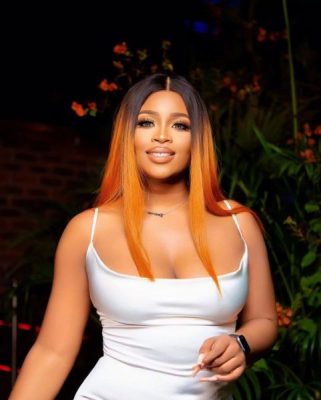 Big Brother Naija star, Princess Francis has advised men on what to do to be more successful in life, IGBERETV reports.

In a post she shared on her Instastory, the 30-year-old reality star asserted that since there is a woman behind every successful man, if a man wants to be more successful, he should increase the number of women in his life.

According to her, the key to more success is to be with many woman.

“Behind every successful man there’s a woman!
If you need more success, increase your number of women” 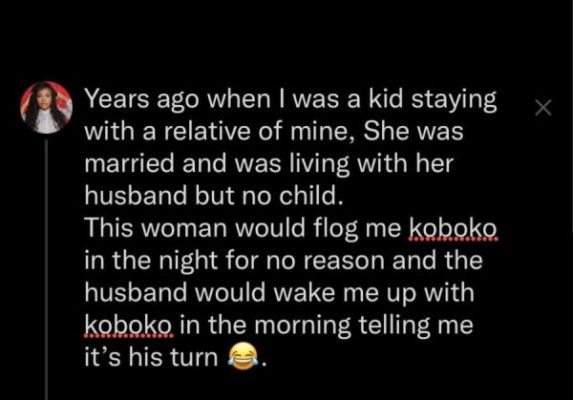 Ex-BBNaija housemate, Thelma took to social media to recount how she lived with an abusive relative who physically assaulted her.

She said she was living with a relative and her husband and the couple used to flog her for no reason.

She alleged that the woman once spat into her mouth after flogging her.

She was eventually removed from the abusive environment after a concerned kinsman informed her mother of what she was going through.

The couple died of HIV not long after Thelma left their home, the reality star revealed

Read her story below;

“I’m Not Starving”: BBNaija’s Khloe Tired of Men Who Want to Buy Her Lunch

Nigerian reality star, Khloe Abiri has said that she is tired of meeting new men, especially when all they want to do is buy her lunch, IGBERETV reports.

She said: “I’m tired of getting to know these ners. Once we get to know each other, what next? I’m tired of ners saying ‘I wanna buy you lunch’… I’m not starving.”

Watch the video below.